When I booted up Creatures 1 again, I found that Echo was on about 60% lifeforce, so she could use a meal. Only problem is, she's too busy kissing Lanque to want to eat, and it looks like he's a little hungry himself. Either that, or he caught on to me telling Echo to 'push food' and went "Hey, I'm food ;)" in an attempt to flirt with the other Banana norn. I'm on to you, Lanque.

Krane had also dipped below 70%, but he was more isolated so he was easier to feed. He's an adventurous norn, and has been to almost every layer of the world: the ground, the trees, and the underground!

We have a cluster, guys! Everyone but Asma is in this image, even if you can barely see them past each other. At least I finally managed to get a carrot into Echo.

Meanwhile, Asma had separated from the crowd to nap in the kitchen. She even has a carrot with her in case she wakes up hungry! She has it all worked out.

Also, I figured out the difference between Asma and Echo! Asma is a darker colour than Echo, who is slightly lighter. Taenio decided to follow them away from the crowd, and has grown out of his crawling stage.

Tarli crouches by the computer, where I had to move her so she'd eat. She just woke up from a nap, a thing she has done in this area many times before. Perhaps she's looking back on her childhood?

The incubator area seems to be the go-to place for those seeking to escape the crowds, and Krane has never been one to sit still for long. After taking a relaxing raft ride, he decides to revisit the place he was raised.

As Echo went on a trip to the island, I decided to use the underwater cart to send her home. She seems less than thrilled with this.

Good news: Tarli is pregnant! This would explain why her lifeforce is getting so low. Hopefully, her pregnancy is real. I'm going to take good care of her!

Asma and Lanque stranded themselves in the submarine bay, which had the exact result you'd expect: Asma is also pregnant! I think we can safely assume that Lanque is the father here, even if I couldn't tell you who's fathering Tarli's egg. I made sure to keep the two well stocked with food! 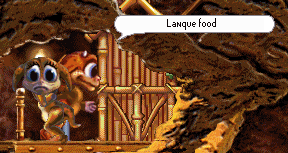 After refusing to eat for her entire pregnancy, Tarli lays her egg and wonders why it was so hard. Maybe if you'd been less stubborn, it would have been easier, Tarli. I'm going to put the egg in water to keep things more organised.

Unfortunately, Asma seems to have had a false pregnancy, as the Banana norn couple has had several submarine rides since the end of her pregnancy but there is no trace of an egg. 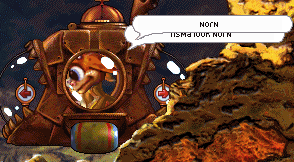 It won't be able to hatch here, right?

And what's Echo been up to while her sisters have been getting pregnant? She's been drinking hooch and eating flowers in the underground. You do you, Echo.

Asma and Lanque have moved to the temple, where they can enjoy each other's company and I can keep them supplied with apples. They're so cute together!

After a while, I decided Echo has probably been alone for too long, and that it's time to bring her home. When she reached the island, she saw Krane and promptly kisspopped with him! No pregnancy happened, but I guess kisspops are bound to happen when a norn hasn't seen another norn for a while.

After getting them home safely, of course they decide to go in the deathcap hole. And it was while I was checking the observation kit to see if anyone was dying that I found that Echo was pregnant for the first time! Krane is almost certainly the father.

Echo and Tarli are both on 60% lifeforce, Echo because she's pregnant and Tarli because she refuses to eat. I don't want to force feed them right now, so I'm going to end this post here. Hopefully all goes well with Echo's pregnancy!
Posted by Fuzzlet at 03:49