Rasmarvis: A Bit of Everything

I've done a bit of thinking, and sending a norn who's only just hit the youth stage to fight a fully grown grendel that has been that way for a while isn't particularly fair, especially considering the goal of the initiation is to find norns that are actually willing to fight grendels. So, I have decided that I will hatch a new grendel for each youth. If the norn loses, the grendel stays, and the stakes are raised for everyone else. Hopefully, they stand a better chance against a grendel who hasn't had as much of a chance to learn their instincts.

Pigeon Feather must love the smell of flowers; his head's barely visible through them!

Buzzard Stripe continues to excel in his training. 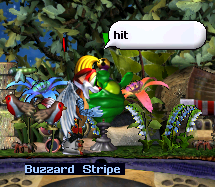 Pale Flower has apparently had enough, and slapped Lark Heart and Pigeon Feather around for a bit. They are understandably shocked and upset. I eventually had to separate Lark Heart from Pale Flower because he ended up retaliating, and I don't want that going on forever. 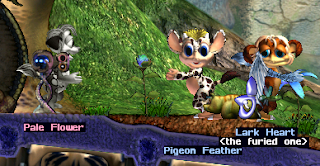 At 37 minutes, Buzzard Stripe has become a youth. Now is the time for him to eat lots of food and get lots of rest while I hatch him an adversary.

A female grendel known as Tiger Step hatches, and Buzzard Stripe heads for the jungle. The young grendel is almost as big as he is!

After being told to 'hit grendel' (a standard procedure for any grendel attack), Buzzard Stripe managed to kill Tiger Step before any of that Erigizian anger could show up. He has earned his place in the group.

Right after Buzzard Stripe had his victory, Pigeon Heart fell pregnant with her first child with Lark Heart. Perhaps this is a good omen for Buzzard Stripe's half brother? 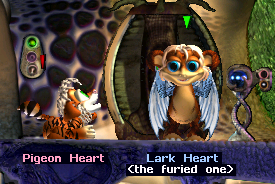 The norngarden nursery gang is doing quite well in their new home. Nobody has taken a ride through the void on a rogue elevator, which is always a good sign. 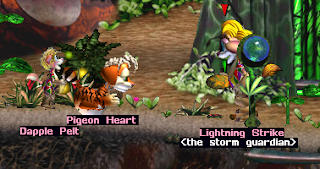 Speaking of the rogue elevator, I've made a decision to give Buzzard Stripe a title. His childhood adventures certainly count as a significant event, so he will now be known as Buzzard Stripe the Abyss Rider! Which makes him sound much cooler than he actually is, but hey, it works. He seems to have fit right in with the other adults! 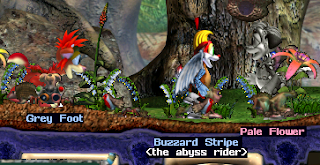 Pigeon Heart lays her egg, and is immediately pestered by Dapple Pelt. Kid, the lady just gave birth, give her a break! 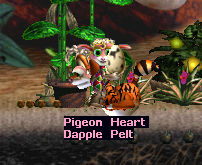 Pigeon Feather has started saying he's really ill. Unfortunately for him, this isn't a world where I can cure him. I don't even have the medical monitor injected, so I can't see what's up. All I can do is hope it isn't lethal. 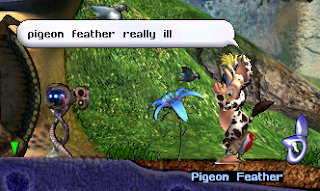 Dapple Face's child is a pretty girl named Quail Face, who got the 'get angry around grendels' gene, which is a huge bonus in this world. She also seems to have a pigment swap mutation that activates at adolescence, which is great for a second generation norn! It only affects females, but is still good. There's also a couple of minor colour mutations, but they shouldn't affect her colouration much.

A lot has gone on this time round, so see you next time!
Posted by Fuzzlet at 23:22