An Attempt at Playing C1

Wanna watch me be terrible at playing C1? Well here you go. Expect stupidity on my part, because I have never had a single clue as to what I'm doing when it comes to C1. I've got honey pots and the ball on standby for teaching duty, so that's gotta be something! I'm probably going to disable the grendel egg layer, purely because I can never keep up with the grendel.
The first egg I decide to hatch is the fire egg, who happens to be a female! I've heard that C1 breeding can be a bit finicky, so this is probably a good thing. 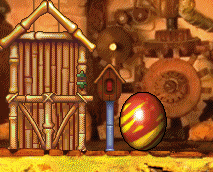 She turns out to be a very happy Pixie norn: meet Tarli! 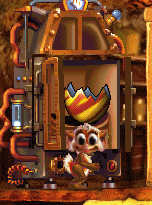 She sits very patiently to learn from the computer as I stumble through, constantly forgetting that I need to play the word a few times so it sticks.

Tarli learns from the computer very quickly, but when it comes time for her to learn about objects and doing things, she mostly just says the name of the object instead of doing the thing I asked her to. She may take a bit longer to teach than usual.

After learning to eat and play, she knows exactly what to do next!

After learning some more stuff, she decides to head off to the garden to rest. She did have a couple of chugs of coffee, however, so I get the feeling sleep may not come easily for her! Still, I'll let her get some rest where she can. It can only do her good. She eventually took a few bites of baobab, which should help her get to sleep. It's not recommended, of course, but hey, silver linings.

As soon as I'm satisfied that she can handle herself, I leave Tarli alone in the hopes that she will entertain herself for a while so I can hatch a companion for her. Of course, I turn my back on her for two seconds and she's exactly where I need her not to be. Oh well. I'll hatch another norn next time as Tarli has worn me out. See you later!
Posted by Fuzzlet at 22:20