Something interesting happened. I injected the Lost Cave as a new nursery room, only for Buzzard Stripe to get on the elevator which never stopped going up, carrying him off screen. He just... disappeared. Unfortunately, I misread something and accidentally saved the game without quitting instead of quitting the game without saving. He's gone now. Sorry, Lightning Strike. I couldn't save your kid. She tried to call the elevator back to retrieve her son, but to no avail. It belongs in the void now. Because I see no possible way to get Buzzard Stripe back from the abyss, I'm sending her back to the main population. Better luck next time? I probably should've used elevines. 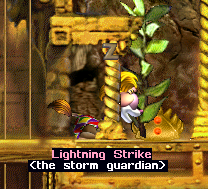 False alarm guys! I found him! He somehow managed to end up next to the crypt. I don't know how, but I'm not complaining. He and his mother are going back to the nursery, where I have replaced the elevators with elevines to avoid panic attacks like these.

While I was worried sick about Buzzard Stripe, Fleck Cloud aged to adolescence! That means it's time for her to start training, and Pale Flower may now return to the population. Fleck Cloud seems like she'll do well, as she also seems willing to hit the dummy on her own terms. However, she did also attempt to push and pull the grendel. Hopefully she doesn't try that during her initiation.

I took a short break from training Fleck Cloud to find that everyone has decided they don't like Lark Heart, while the poor Erigizian lashes back however he can. Lightning Strike cannot come back soon enough. Pale Flower is a little bit away, complaining that she's hungry. Everyone's arguing, and the girl wants seeds. I have never related more to a norn in my life.

I think Pigeon Feather may have gotten into a scuffle with someone. Just a hunch. 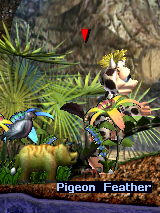 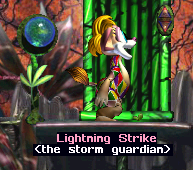 Found him again! The Lost Cave elevator was just cruising through the jungle, so I retrieved him from it before it could take off with him again. I'm going to try to get some food in him. 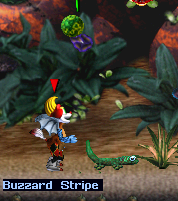 At some point during all that, Fleck Cloud became a youth, meaning it's time for her to go one on one with a grendel. Bit of a dramatic standoff here, don't you think?

Unfortunately, it seems the poor thing never stood a chance. Rest in peace, Fleck Cloud. I was really rooting for you. 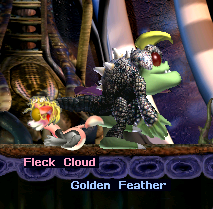 Pigeon Feather comforts Pale Flower, while she drowns her grief over her daughter out with loud music. 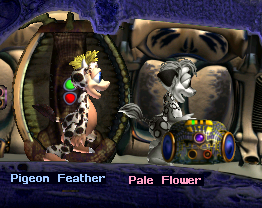 Buzzard Stripe is now an adolescent. Hopefully he can do better than his den-mate. Lightning Strike has returned to the population: all the best fighters are now here. 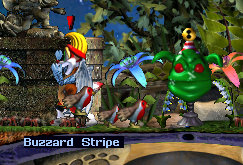 Lightning Strike is pregnant again, this time with Grey Foot. I never expected her to be the most prolific mother! 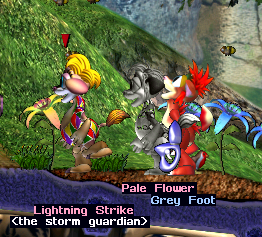 Her child is another Apple headed norn: Dapple Pelt is adventurous and ready for anything! Hopefully, she inherited her mother's attitude to grendels. She seems to be missing a friendliness gait and a couple of her stress related genes are dormant, but that shouldn't be an issue. I'm more concerned about the fact that she seems to get more scared around grendels than usual. She'll be paralysed by fear almost three times as quick. She also doesn't get angry when slapped. Hopefully, she manages to push through this.

The game crashed at this point, but nothing was lost. In any case, I'm taking that as a sign to stop for now. We'll have to see next time if Buzzard Stripe survives his trials!
Posted by Fuzzlet at 22:20