Hello everyone! Today the second generation of jungle norns begins, because Pyra died quicker than I thought she would. She made it to an impressive 3 hours, which is great considering the metaroom she was in. Her longevity turned out to be enough to put her just one point behind Bacary, who got ahead thanks to his productivity. I've added some potted eggtrees and transplanted some tubas in an effort to prevent the food running out in the future.


The first norn born is Daisy Leaf, the daughter of Pyra and Bacary! She immediately goes to the top floor, and also immediately gets a bacteria. No toxins yet though, so she's fine for now.

Next was another girl named Silver Face, and is the daughter of Takua and Andromeda. I couldn't immediately tell that she had anything but Astro norn in her, but since Simon never had kids I knew that couldn't be right. After a closer look, I could tell that she definitely had Chichi arms and legs.

Stone Flight is the first male born, and is Cassie's only child. Bacary's his father.

Bird Flight is the son of Bacary and Pyra, while Marigold Fern is the daughter of Wendy and Takua, making her a purebred Chichi norn.

Oat Claw is the daughter of Wendy and Bacary, and immediately started hanging out with her various siblings.

Next was Beech Feather, another Wendy and Takua son.

Beech Feather was quickly followed by Duck Wish, the son of Pyra and Zed, meaning he's a purebred Zebra norn. 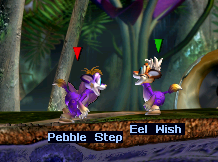 Daisy Leaf and Silver Face caught a histamine/antigen disease before Rye Pelt, a Bacary and Pyra girl, was born. Hopefully they'll be fine.

Dace Fur, the daughter of Bacary and Pyra, immediately goes for an eggfruit. Girl's got her priorities in order!

Last to hatch is Ginger Ear, Andromeda and Zed's son.

There were a lot of norns to go through this time round, so I'll leave it there. Next time we'll see more of their lives! Sorry there wasn't a lot of content this update.