Hi guys! Today I'm doing something a bit different than the usual tracking of norn lives. I've done a bit of a test run of a metaroom made by Pilla. You might be familiar with the other metaroom she's made, the Other Lone Shee's Ark. I love the OLSA, and I know many others in the CC enjoy it as well. The Betaship is quite similar to the OLSA- it has several different rooms for norns to live in and is very spacious. In fact, the Betaship is extremely big, and has plenty of room for both land-dwelling creatures and aquatic ones! It's about as big as the Biodome, give or take, and comes stocked with food and toys, as well as plants and critters. This is great if you want a big metaroom but don't want to have to set it up with the garden box or other agents.


I've been running various land-based norns in the dry areas, and Colourtrue Pearl Mermaids in the aquatic sections. The water area surrounds the land areas, meaning the mermaids can look in on the land-dwellers, creating a connection of sorts between the two worlds. Personally, I love the idea of an aquatic norn befriending a land norn through the glass. There's even a smaller area, separate from the main aquatic zone, where amphibious creatures can venture between the water and the land. Unfortunately, as the areas are connected by elevators, this means that purely land-based norns can take the elevator down into the water and drown there because they couldn't figure out that they could just go back up. I saw a gargoyle boy down there and panicked before I remembered they're amphibious! 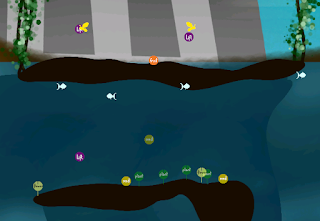 Another roadblock I've run into is that the land-based norns all tend to congregate in one area, although I suspect that is probably due to poor planning while I was placing the initial eggs, as I spaced out the mermaid eggs a fair bit and they seem to have no congregation issues. Pictured below is most of the land norn population. There are doors and lifts that they can use to go to different areas. These guys just choose not to use them. There's a grand total of one norn at the moment that isn't one this particular level, and he's only a level below. 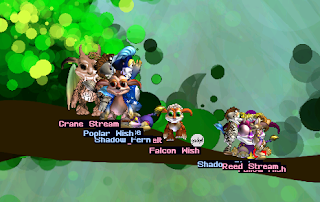 Aquatic breeds seem to do very well in this room. I haven't really used any in the past, but I've had the Pearl Mermaids lying around for a while. Most of them tend to hang out in one general area, but are definitely much more spaced out than their land-dwelling cousins. There are a few that sometimes get stranded on the outskirts of the aquatic zone, like this girl. 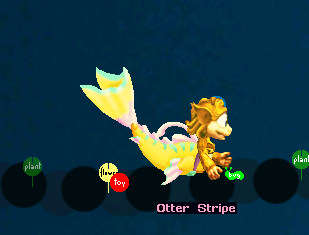 All in all, this is an excellent metaroom, suitable for worlds where you want lots of norns and where you want both a land population and an aquatic population. For me, the concept of two worlds mixing in one metaroom has really inspired a couple of ideas that I'm not sure will ever be brought to reality because of who I am as a person. The Betaship is most likely going to be a part of this year's CCSF, so if it sounds like something you're interested, keep an eye out when the time comes!