Last time on the matriarch run, nothing was happening at all despite there being seven new additions to the population. Now, there's immediate kissing and even a kiss-pop! Nothing happened with that though. But it's a sure sign that a new queen is sure to emerge soon. Sure enough, Blossom Fang becomes pregnant, and so does Rook Leaf. Whoever lays their egg first will be the new queen! 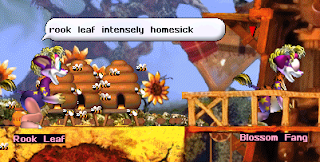 As Blossom Fang was the first one pregnant, she's predictably the first one to lay her egg and secure her place in the run. Rook Leaf will still be allowed to lay her egg, and the child will be put up on CreatureLink.
Curlew Fang also managed to become pregnant before getting exported, so the same thing applies to her and her egg as Rook Leaf. While I was waiting for the sisters to lay their eggs, Blossom Fang's egg hatched: a little girl named Lily Fern! This means Blossom Fang has one of her three heiresses sorted if she makes it through IQ testing.

Another issue has arisen with Curlew Fang and Rook Leaf: neither seems to be about to lay their egg anytime soon. After checking their genetics, I'm not sure, but I think they might not be able to produce progesterone normally. While I was trying to induce labour in them, Blossom Fang became pregnant again, so I exported the sisters to try to figure them out later. It doesn't look like their children will be going on CreatureLink after all. Also, Lily Fern made it through IQ testing! Her genes aren't particularly interesting as far as I can tell, although she doesn't seem to have any pregnancy issues.

While I was looking through Lily Fern's genetics, a new baby norn hatched: Cloud Fang! She's Blossom Fang's second daughter. Again, no significant mutations. If Blossom Fang keeps having daughters at this rate, she won't be queen for very long! Blossom Fang is also pregnant once again: if it does turn out to be a female capable of passing the IQ test, she has until all her daughters become youths to produce as many children as she can. She's much more prolific than Asteria. Shade Feather also died. It's upsetting, but it's been expected for a long time now.

The third baby is born: a female named Plover Fang. Blossom Fang's reign isn't looking to be a long one, and things aren't looking particularly good for the male population either: the youngest male that's actually been born in this world is 2 hours and 15 minutes old. Hopefully she can have some sons before she's overthrown! Of course, there's also the chance that some of the heiresses might not make it through IQ testing, or she might have more before they become youths. Cloud Fang has made it through IQ testing, so Blossom Fang's best chance right now is if Plover Fang doesn't make it through.

I think that's a good spot to leave this run on for now! Here's a picture of Blossom Fang enjoying her new life as queen. 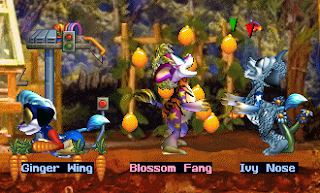