Well, that last update was a disaster. Hopefully things pick up this time! Also, I hope we get a beta male soon because currently there is no one to succeed Cirnah and Aquila. Literally any healthy children would be welcome at this point. Seriously.

Cirnah has joined the learning room group, and Lyra has some sort of opinion on this. The death music is currently playing, which is not comforting. 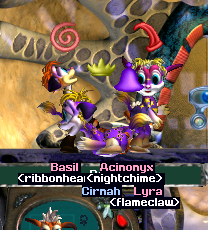 News travels fast through the jungle, and it isn't long before everyone knows about the tragic fate of Columba's litter. Dammek is by her side again before long, and the Ribbonheart boys soon rush to console the grieving pair. Another kiss-pop happens soon, and although nothing comes of it, it means Columba hasn't lost heart yet. 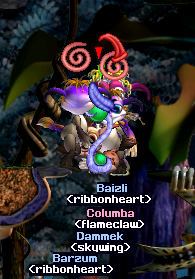 Basil, the third Ribbonheart, is soon to join her brothers: she's expecting two eggs! Hopefully she has a pleasant family reunion.

Her nest is a busy one, with Cirnah, Aurata, and Acinonyx all standing by, exchanging slaps with each other and Basil. I'll give Cirnah credit, he's always there to watch over the nests. 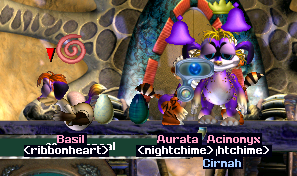 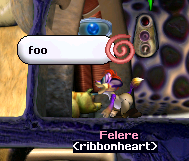 Her second child is a son: Fyrroc Ribbonheart! Basil won't have to leave alone.

And so, the next generation of Ribbonhearts enters the jungle, but they won't be alone: Barzum and Baizli will surely be happy to see their sister for the first time since they hatched! 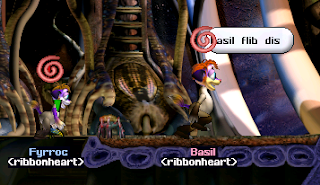 Meanwhile, Columba and Dammek decide to have another try at starting a family. Columba's third pregnancy is another single egg deal, but I'm sure it will grow up loved. 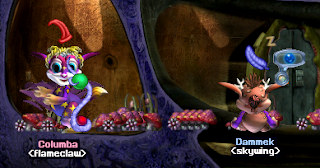 Columba lays her egg, and the couple couldn't be happier! Columba might be tired, but trust me, she's happy. 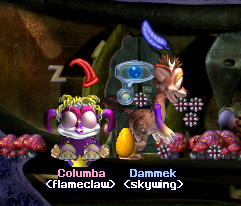 Basil is exploring her new surroundings, when she meets Baizli: it's almost like she's looking at her own reflection. The two are overjoyed to meet each other again, and Baizli sadly tells his sister that their mother didn't make it. But at least they now have each other, and will presumably go reunite with Barzum at the next possible opportunity. 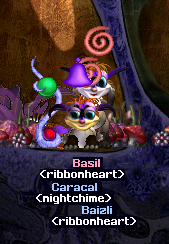 At about the same time, Barzum is minding his own business when a baby norn scampers up to him: one that looks like a miniature version of himself! He is understandably baffled, while Fyrroc is probably wondering who this strange norn is that looks like his mother! 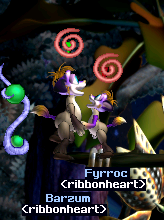 Unfortunately, Dammek and Columba's child will grow up without a mother, as Columba died at her nest. Dammek, fortunately, is still around to look after the unhatched egg, and all the other norns in the jungle are sure to lend a hand in raising it! After all, most of them were raised through the joint effort of every adult in the jungle, so they know better than anyone that it takes a village to raise a child. The solitary egg has already attracted the attention of Baizli, Hydrus, and Caracal, and it hasn't even hatched yet! 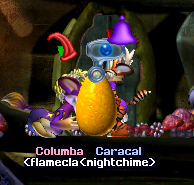 The main group is much calmer most of the time, and Lavender has peacefully grown into quite a pretty adult! 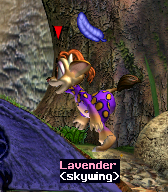 Much to the anticipation of almost everyone in the jungle, Columba's egg hatches, and out comes Lepus Flameclaw! She survived long enough for me to name her this time, so that's a good sign. Everyone is thrilled to meet her, having similar expressions on their faces as Baizli here. 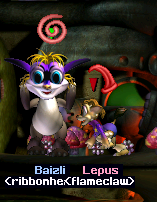 With happiness somewhat restored to the jungle but also simultaneously shattered again, now seems like a good point to end. I'm scheduling posts from now on, so keep an eye out for more Keahiri updates on Fridays! Or Thursdays, depending on your timezone.
Posted by Fuzzlet at 19:24