With all the Hera runs being done lately, like Pappus Cafe's Applewood Fields and Vermidia's community run over on Creatures Caves, I thought I'd try one myself! I've had a few worlds with this script before, but I never got particularly invested in them. For those who aren't familiar with the Hera script, it's an agent made by Amaikokonut that makes all eggs hatch female, exports all male creatures, and randomly impregnates females based on scores that all creatures receive when they reach the youth stage. It can be found here! The run will be taking place in the C1toDS metaroom, but I'm removing the fridge and fixing that temple boundary bug.

To make things interesting from the start, all of the initial norns have come from different places. The first norn in the world is Thrush Fur, one of the grandchildren from the community jungle run! She starts off near the water bore, and is shocked about how many carrots are nearby. 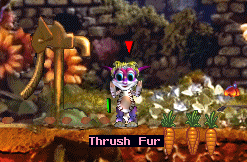 Next to hatch is Corusca, part of a genetic breed I tried to make once but gave up on called Erigizian norns. I can't remember a lot about them, but Corusca should be able to eat pretty much anything, and has instincts to eat detritus and critters. Detritus gives her a bit of nutrition and alcohol, critters give nutrition and adrenaline. She will also grab eggs at every opportunity, and will be more aggressive than usual norns. I don't think I'm going to use the breed for a whole lot else, so I put Corusca in to see how she goes! 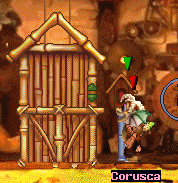 The majority of the other norns (save for a SERU creature who has yet to hatch) are all first gens of breeds I haven't used in a while, and Marble the Gargoyle norn is one of them! I often overlook this unique breed because I'm not keen on their male sprites, but considering this is an all female world, I decided to give them another chance! Marble hatched by the temple and immediately started wandering.

Blaze the Magma norn hatches where the grendel typically would, and takes a rest before exploring: hatching is hard work, you know! I've always loved how the Magma norns look, but have never had much luck having them survive for long. Hopefully Blaze has her chance to shine! 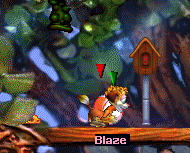 Next is Rose the Bloom norn, which is a breed I have literally no experience with. They look pretty though! Rose hatched in the garden, but immediately discovered the teleporter and used it over and over again until she decided she'd like to stay in the learning room. I found the noises quite disconcerting!

That SERU egg I mentioned earlier hatches last, and is a grendel-legged norn! I've always liked naming my grendels after metals, so this norn's name is Titania: a metallic sounding name, but not quite. If she doesn't survive very long, I'll just keep adding SERU eggs until one takes. I have a good feeling about her though! 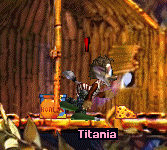 Blaze came down to join Marble, although she set off in the submarine not long after this picture was taken.

Despite Corusca's potential for anger issues, she seems to have made good friends with Thrush Fur. The two are rarely apart!

Titania crossed the bridge to Blaze's initial position to bounce the ball around for a bit. She hasn't descended yet.

She is soon joined by Marble, and her more grendelish instincts start to show in the form of anger in the face of other norns. She also seems to be aging fairly quickly: definitely part grendel.

Rose seems to have life figured out, zapping back to the garden whenever she feels hungry, then immediately heading back to the safety of the learning room. 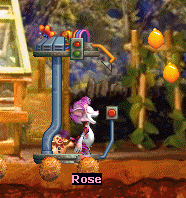 Corusca and Thrush Fur have accepted Rose as one of their own after she ventured from her usual path, and the three couldn't be happier.

Blaze returns from her island adventure, and is met by Titania. Blaze instantly sticks by her side like glue. Despite being the youngest, Titania now towers over everyone. 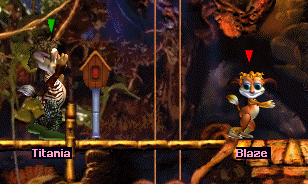 Marble is by herself, but doesn't seem to mind, as she now has music and lots of food all to herself. Sure, the others may have friendship, but who needs that when you have sunflower seeds, honey, and a jukebox? 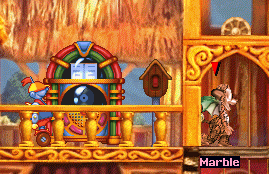 She eventually discovers the cable car, and looks very proud of herself! 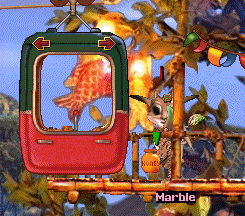 Blaze has wandered away from Titania to join Corusca, Thrush Fur, and Rose. The four are relaxing, eating raw potatoes straight from the ground. I will never understand norns.

Titania deals with her abandonment by eating all the seeds she possibly can. 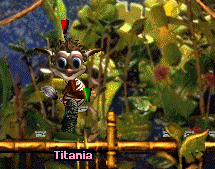 Don't worry, they found each other again! I had to separate all the garden norns for a bit though because they wouldn't stop eating. 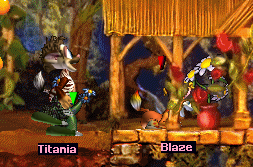 In a shocking turn of events, Marble is the first to gain a score! I thought it would've been Titania, although she can't be far behind. Maybe Gargoyles just reach youth faster?

Now that the breeding age is starting to be reached, I think I'll stop here. See you next time!
Posted by Fuzzlet at 22:21