Things have been rather slow in the main population lately. The main thing that's happened there is Lyra beating up Cirnah and Lavender beating up Lyra. Which is why I haven't focused much on them lately. Sorry about that!
Aquila asserts her dominance over some of the younger girls by slapping Felere the newborn. Acinonyx is disgusted and terrified by this behaviour. 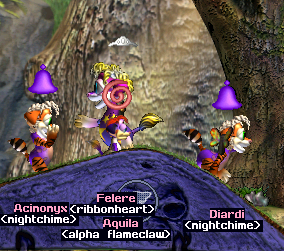 Baizli offers some words of comfort to Dammek, who is sick and just lost his partner, Columba. Things really aren't going well for him, are they? 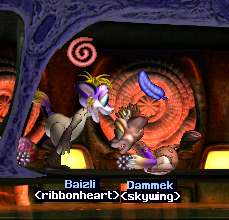 Lavender, for whatever reason, really seems to have something against Lyra, and has been bashing her up outside the learning room for quite a while to the best of my knowledge. Why can't you guys just get along? 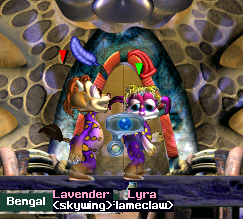 Caracal has been following Basil around for a while now, and the two have been kissing quite a bit. Perhaps there might be more eggs on the way? 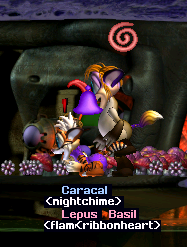 Much to Baizli's dismay, kind words are rarely enough to cure disease, as Dammek has died of an illness. I swear, there's always either Barzum or Baizli near every dead body. 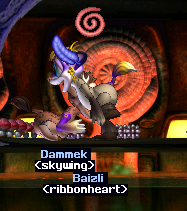 Not long after, Barzum falls victim to the same sickness that got Dammek. His siblings, Basil and Baizli, are heartbroken. Barzum was always there for Baizli, and Basil barely got to know him. 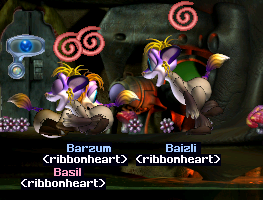 After spending some time attempting to isolate Aquila and Cirnah together to get some potential future alphas, Basil gets pregnant! Excited, I check her history to see who the father is, and guess who it is? Baizli. Really guys? You two are triplets! I know everyone in this run is related, but the line needs to be drawn somewhere! Ugh. At least inbreeding isn't as big of a deal with norns as it is other species. And it does mean there are going to be three new additions to the jungle, so whatever works, I guess?

She lays her eggs, and Lepus is curious. I wonder if she knows what comes out of eggs?

Cirnah gets quite sick, but is eating, so should be fine. 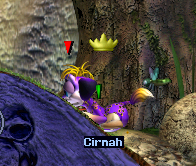 Basil's first egg hatches, and is a girl named Chahut Ribbonheart, who looks exactly like her mother! Gee, I wonder why. 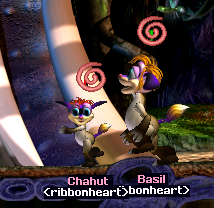 Maenad Ribbonheart, another girl, is next, and sits by the elevine as Basil has already wandered off with Chahut. 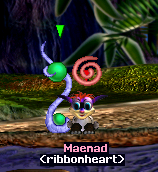 She's soon joined by Lerita Ribbonheart, thankfully! No males this time, but that shouldn't be too much of an issue. 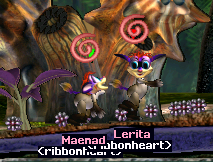 After a heavy dose of intervention, Aquila and Cirnah are expecting two eggs! Hopefully they are male, because with the amount of sickness going around, the alpha couple might not make it much longer. And when one dies, the other is off to the jungle.

Aquila lays her eggs and leaves, which is pretty typical behaviour for her.

There will be a future alpha male: the first egg is a boy named Scorpio Flameclaw! He will live in the meso until he is a youth, at which point he will be exported until it is time for a new alpha couple.

The other egg hatches female, and is called Tucana Flameclaw.

Well, I had to intervene in order to get an heir for the alpha couple, and the Ribbonhearts are taking over the jungle because they have no concept of who is related to them. This has been a relatively frustrating update, so I'm going to stop here. See you next time!
Posted by Fuzzlet at 19:25