When we left off last time, Blaze was showing some strange behaviour. So I have decided to inject the health bar and x-ray in an attempt to find what is wrong with her. If I can't figure it out, I will likely just let her go.

A quick look at the health bar reveals that 'hit self' is going through her mind quite often, which is strange. The only severely damaged organ she has are her muscles, which shouldn't be affecting mood. 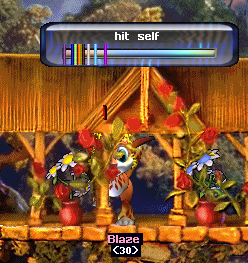 Another interesting thing I noticed about Blaze: whenever she sees another norn, her mind immediately jumps to 'hit norn'. It's probably for the best that she's a bit isolated right now! Titania is watching over Robin and Tyto for her.

The script has chosen Blaze to become pregnant again, which is probably not great. On the upside, she does seem to be able to get the occasional bit of food down, which is better than before. On the downside, she is now saying she's angry with a scared expression. Seems like she's on a bit of an emotional roller coaster.

Corusca, Rose, and Thrush Fur are all doing exceptionally well. The garden is the place to be in Hera runs, it seems! 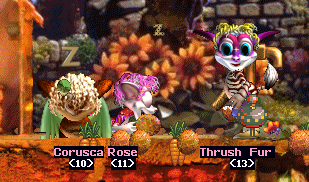 Kestrel is an adventurous young norn, and has stumbled upon Marble and Moonstone's little corner of Albia. Moonstone also gained her score before Titania did, despite being much younger. Titania is an hour old, but still an adolescent! 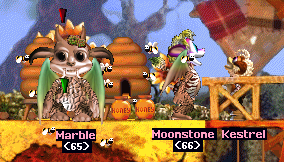 Blaze laid her egg, but died not long after. This might possibly be better for the unhatched norn, as Blaze did get a bit more aggressive towards the end of her life. She will be missed.

Marble seems to have grown tired of the beekeeping lifestyle, so she leaves Moonstone, confident in the knowledge that she will not be lonely. Now that Moonstone has someone to pass her knowledge on to, Marble pursues her newfound dream. Her dream of being a parkour master. 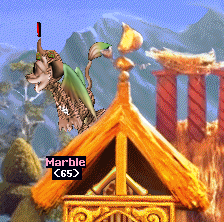 Apparently she couldn't go through with it, and returned to the family hives. 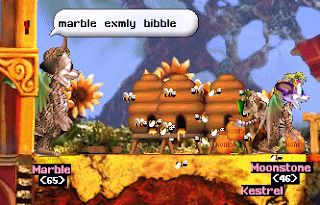 Titania is quite shocked that her adopted daughter is almost the same height as her.

Moonstone, having reached adulthood in half an hour, is likely a fast ager. She can stay though, as this world is not about removing undesirable genes. She's also achieved a better score than her mother, for the most part.

Speaking of Marble, she actually left the beehives this time and was chosen to bear the new egg. Rose looks like she'll be one of the biological parents this time, which is pretty cool because she hasn't been one before (I think).

Tyto has joined the garden group, and the three older norns are fawning over the newest addition. 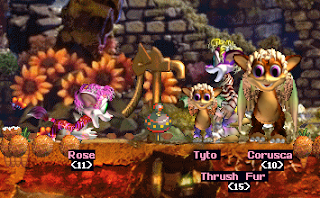 Marble has found a new child to take care of alongside her freshly laid egg. She's always been a family norn. As soon as I said that, she started slapping Twilight. She stopped after a bit, but still. 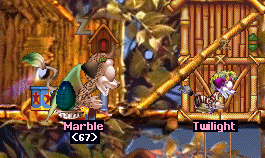 Robin, Titania and Thrush Fur managed to find each other, which is another source of slaps at the moment. 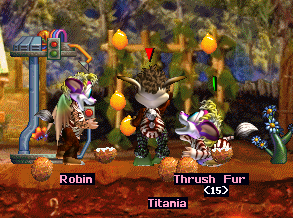 Marble's egg hatched, and it turns out it was not Rose's. Ailura looks to be yet another Thrush Fur and Corusca child. Twilight doesn't seem to be doing great.

Marble saw that Twilight needed food, so she took her back to the beehives, abandoning Ailura. 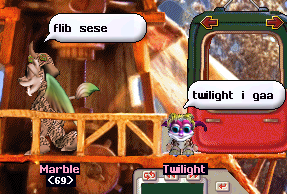 Titania's developed a bit of a mean streak after losing Blaze. Her companions may look happy, but they are the constant victims of her slaps. 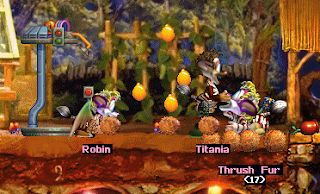 After downing an entire jug of honey, Twilight should soon be on the road to recovery.

Titania has become the first of my norns to commit murder. Thrush Fur was smart enough to get away from her, but Robin was too trusting and became her first victim. And Ailura has just wandered over from her hatching place! 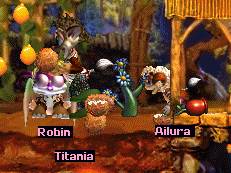 Kestrel has died of mysterious causes, surrounded by her adoptive family. 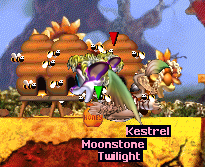 Thrush Fur, after taking flight to escape Titania's wrath, has found herself pregnant in the very area her eternally teenaged attacker raised so many children before her. 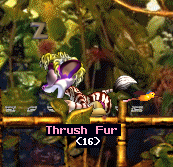 She lays her egg, and explores her new surroundings. Titania returned momentarily, but left before long. 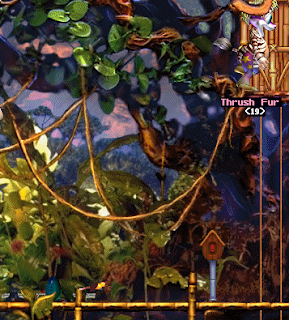 Titania has seemingly gotten through her violent stage, and has now taken Ailura under her wing. I still don't quite trust her though. Apparently, neither does Corusca, who quickly puts herself between Ailura and Titania, not wanting to risk anything. 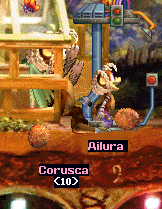 Thrush Fur's egg hatches, and she is delighted to be able to guide a child through the world. She is quickly confused by Sorana's efforts to eat a bird. 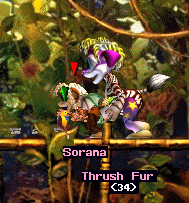 Marble has gotten fever toxin from somewhere. I don't think it was an illness as no bacteria showed up, so I have no idea what's happened. 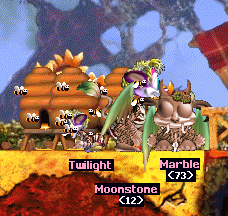 Corusca has decided to keep an eye on Titania, who hasn't tried anything for a while. 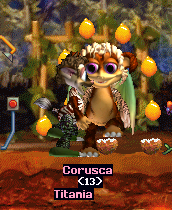 Unfortunately, Marble couldn't fight her fever for long, and died with her daughters by her side. 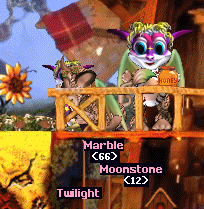 A lot of norns have died, but a lot have also been born, so things will pick up soon. And hopefully Titania gets her score soon! After looking at her genetics, it looks like she'll skip the youth stage entirely and just go straight to adult. It may take her a while though.
Posted by Fuzzlet at 21:35