Last time, we lost Ujurak before anything could really happen because norns apparently have no sense of self preservation. I've put a stopperplant pot in the pond to stop that from happening again in the future. Also, I've decided to scrap the IQ test idea as it takes up too much time.
Panthera has finally moved away from her rocket launcher, and seems to be befriending Dapple. 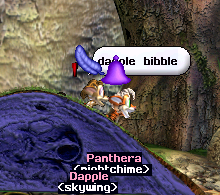 Soleil and Aquila are still on the top floor together, although I had to return Soleil there after she teleported herself to the bridge with that medical teleporter that I forgot existed. Soon, a new male hatches! His name is Cirnah, and is a Chichi norn. He quickly occupied himself with the rocket launcher, and was soon joined by Panthera.

All norns are currently on the ground floor except for Soleil, who has realised that there are many tasty seeds on the top floor. Before long, all the girls have all gotten together to hang out. Cirnah is still playing with the rocket launcher.

Cirnah finally gets the chance to mingle with some of the other norns in the group. Mostly because they came to him. Aquila and Soleil eventually moved on together to visit the cryptside carrot patch, leaving him napping by the rocket launcher. 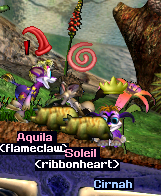 Cirnah seems to have grown quite attached to Aquila, and followed her around for a while. He couldn't quite keep up with her though, and she left him behind to hang out with Panthera.

Soleil has always been a bit more reclusive than the others, and lately she's taken to resting by the deactivated teleporter. Perhaps she likes to ponder it's use? Or maybe it's just a nice and warm spot? 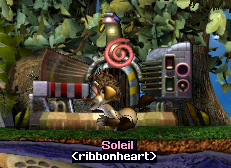 All the girls have gotten together once again, this time on the top floor. Aquila fell off the ledge after this picture was taken.

Cirnah ventured to the higher floors for the first time, but isn't with the others at this point. This picture was taken after Aquila fell to his level. Maybe he's happy to see her? 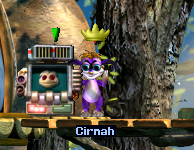 Every female is now an adolescent, while Cirnah is still a child. While this wasn't quite what I had planned, it works quite well, as all females will most likely have had a chance to mature by the time an alpha female is chosen.
Cirnah is the next norn to discover the peaceful atmosphere of the cryptside field, and snacked on a few carrots while he was there. 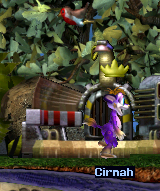 He finally musters up the courage to join Soleil, Dapple, and Panthera as they relax on the top floor. Aquila is not there as she was too busy eating apples. 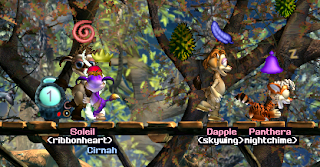 For the first time, everybody is hanging out together.  They definitely all seem happy about this!

All the girls are youths now, while Cirnah is an adolescent. We should have an alpha couple before long! Cirnah's finally started to come out of his shell enough to kiss Panthera a couple of times, and the two have been spending quite a bit of time together, so perhaps they might be the first power duo of this world? Of course, nothing's set in stone until the first egg is laid, but I genuinely wouldn't be surprised if it were the Chichi and the Bengal, given those two breed's performance in the Community Jungle Wolfling run. In all seriousness though, these two are following each other everywhere. 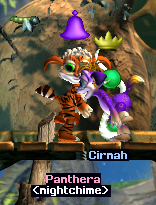 Soon, all the norns huddle together for a massive cuddle pile. They've all become great friends, and I'm very proud of them. 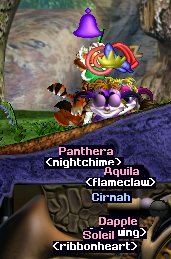 Unfortunately, Panthera becomes the first norn to develop a full-blown illness. She's loaded with histamine B and antigen 7 for a while, which causes her a bit of pain. She soon pushes through the worst of it though, shaking off the bacteria and the antigen, which means she just has to put up with the histamine for a while, and that certainly won't do much damage. Hopefully it hasn't spread to Aquila, who stuck by Panthera's side to make sure she's okay.

Ironically, it was Soleil who caught Panthera's disease, despite spending no time with her while she still had the bacteria. She gets through it without any problems.

Cirnah hits the youth stage, and fruitlessly kiss-pops with... someone. It happened in a crowd, so I can't tell who. Another one happened eventually, this time presumably with Aquila. Another one happens, and then another. Is it possible for first gens to be infertile, or am I very unlucky? Apparently just unlucky, as Aquila soon falls pregnant with a single egg! 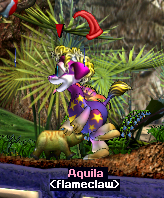 Before long she lays her egg by the incubator, making her the alpha female! In the meantime, Cirnah has caught the disease that's going around. He gets over it very quickly though.

Aquila's egg hatches without her, into a beautiful girl named Columba Flameclaw! She goes straight for the jukebox, much to my dismay.

Any norn that Cirnah gets pregnant now will be exiled to the jungle after their eggs hatch, and their sons will go with them. For the sake of continuing their legacy, they should probably hope for daughters. See you next time!
Posted by Fuzzlet at 20:36