The main population of Keahiri feels a lot smaller, even though it's technically bigger than it started. Dapple and Soleil left to start a new life in the jungle with their sons, and Dapple has already been infected with Antigen 5; one of the worst ones, in my opinion. She should have an easier time fighting it than any of the children though. Silver linings? I don't know. 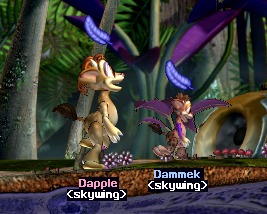 There's been a cute little family get together in the main group, consisting of Aquila, Cirnah and Columba. Panthera's there too. 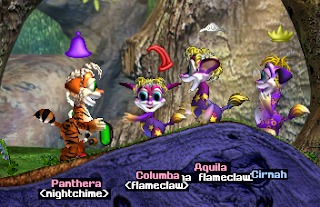 The jungle group doesn't seem to be keen on mingling anytime soon, despite Soleil and Dapple being okay with each other's presence before. The only one who's strayed from their family is Baizli, who set off in search of more mushrooms.

Basil has stayed on the top floor for the most part, never too far from the jungle door, always hoping that her family might one day come back. Perhaps one day they'll meet again? 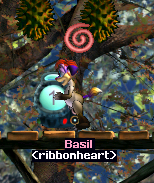 The jungle children have become more adventurous, looking around their new surroundings. Dapple and Soleil have had a little reunion of their own as well, and while Dapple managed to fight off her previous antigen, she's fallen ill again: this time with muscle toxin and antigen 1. Soleil doesn't stay disease free for long either. 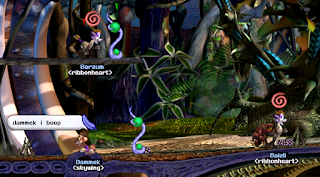 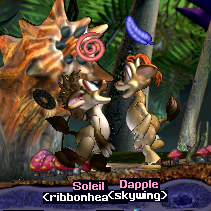 Panthera decided to go keep Lavender company, or perhaps it was the other way around? Panthera's sick again with histamine B and antigen 7, and Lavender's lost her family, so they both probably need a bit of comfort. They keep their distance though, not wanting to spread the illness.

Columba has grown into a beautiful young norn, and is currently fighting with Cirnah over an apple. Staying true to the behaviour that earned her family name, I see. 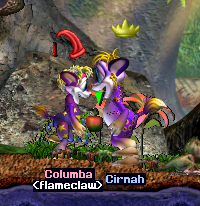 The first disaster strikes among the jungle dwellers: Soleil has died. Dapple stays by her side, with the children not too far away. Dammek and Barzum don't seem to understand what's going on, but Baizli turns away from the camera, knowing that something has just gone horribly wrong. Dapple now has two more children to take under her wing, and no one else to help watch over them. 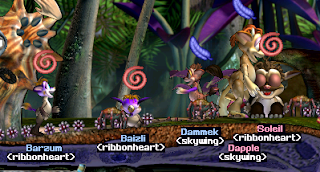 Columba and Lavender have made friends with each other, and seem perfectly content to nap in each other's company.

Baizli has gone off on his own for a bit, leaving Barzum with Dapple. He seems much more invested in the flying disk than having friends at the moment. 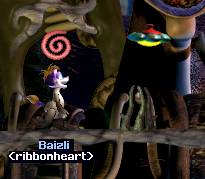 Soon, Aquila's pregnant with another individual egg. Sometimes I get alphas who do nothing but have massive clutches, but Aquila seems to be the opposite. 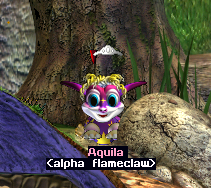 Almost immediately afterwards, Panthera is expecting four eggs. Aquila laid her egg out of sight, hidden so well that I genuinely cannot find it behind that rock. 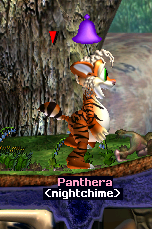 Panthera has only laid one of her eggs, and Columba is already pregnant. I missed how many, but I think it was one or two. This means Aquila gets to see her daughter get exiled. It also means Cirnah has absolutely no chill at the moment. Columba had only one egg, and laid it on the top floor. 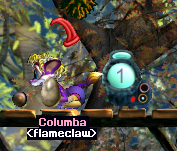 Panthera and Aquila watch over each other's clutches, and Panthera seems worse for wear.

Columba leaves her nest for a while, and Cirnah takes over. 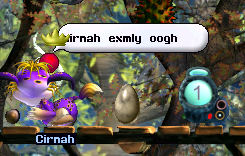 Aquila's second daughter is born by the pond, and is named Lyra Flameclaw. As one Flameclaw girl prepares to leave, another is brought into the world. 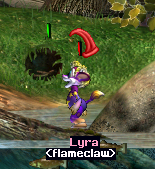 Next is a boy named Caracal Nightchime. Panthera will have company.

Diardi Nightchime is next, and she's very happy to be in the world!

Before Panthera's final egg hatched, Columba's only one did: a boy named Hydrus Flameclaw. The two will now set off for the jungle, the first of the Flameclaws to do so. 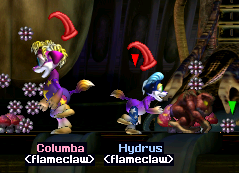 From Panthera's last egg hatches a girl named Aurata Nightchime, and with three Nightchimes in the main population, this particular legacy is sure to continue! Also, I just noticed that Panthera's children are identical quadruplets. Nice. 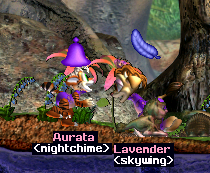 Confident in the knowledge that her children won't grow up alone, Panthera sets off with Caracal into the jungle. 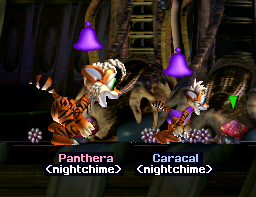 Baizli was the first to notice the newcomers, and immediately greeted the Flameclaws. 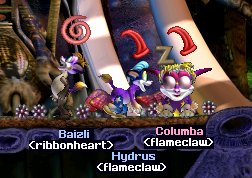 Meanwhile, Dapple dutifully watches over the children that did stick by her. 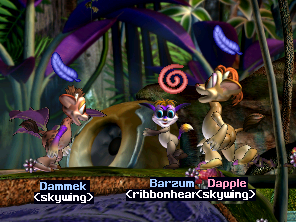 A lot has happened today, so I'll stop here. Hopefully the jungle dwellers don't lose too many more norns. Dammek looks like he's starting to grow up a bit, perhaps we might see some births in the jungle?
Posted by Fuzzlet at 19:03