In an attempt to breed some new colour mutations, or any kind of cool norn really, I've remade one of my more successful wolfling runs. It didn't have the most creative name; it was in the Biodome, and it was a wolfling run, so I called it BioWolf. This edition possibly has a less creative name: BioWolf 2. But hey, it works.

Every bred creature who goes into the main population completes an IQ test. I didn't initially do this in the original BioWolf, and I ended up with a lot of rightwalkers and children of the mind. So, I started up IQ testing within a few generations that time, and this time round I'm doing it from the very beginning. It seems to be working. If a norn makes it to the meso, I move them to the Biodome. If not, they die in the halls. Thankfully, that's only happened to two norns so far. 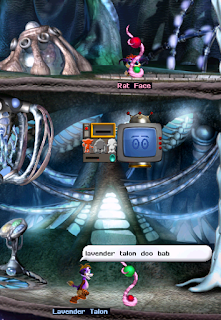 Fast ticks are always on, and I usually have the display turned off if I'm not actively watching. The norns have plenty of toys, but I've tried not to make food so abundant. I don't want them slapping each other to death out of boredom, but I don't want them constantly gorging themselves either. I made absolutely certain to remember to include toys this time: I always forget that part! 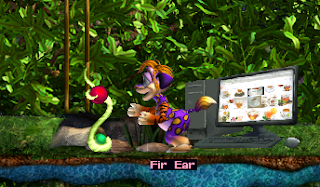 The population is never at a size where it can be considered small, and the egg collection agent makes finding all the eggs so much easier. I don't even have to do anything there! Another major contributor to keeping the population at a manageable size is the fact that I've decided to do random events every few minutes. I listen to a song, then I roll an event. Often the event makes me export a lot of norns, or add poisonous weeds! The only weed I have installed is a laburnum vendor, and many norns have taken a bite of the toxic flower. None ever survive. On the other hand, I often get to add first gens, or adopt creatures for the world. These creatures are almost always the ones who eat the laburnum, frustratingly. Willow Fang is a recently added first gen Laguna norn, and she's a pleasant change from the relative monotony of the rest. 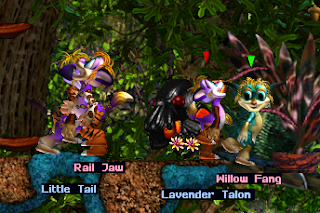 There's always a big group on the level just above the changeable area, but Shade Fang is the first norn that's ever been lost to violence. It's pretty obvious in this picture that I started with a population of a pair each of Bengals, Bruins, Civets, and Chichis; Swan Leaf is another first gen added by an event, and Thrush Storm is the descendant of a first gen added by an event. Her ancestor, a male Astro norn, died eating laburnum.

Hopefully this run yields some nice norns I can share with you all, and does not start to lag my computer after a few generations like its previous iteration did. Right now it is up to generation five, and going strong! See you all next time!
Posted by Fuzzlet at 23:29