This particular run is a little different to the others I've done in the past. There's no gimmick to it, it's pretty much just a wolfling/feral run. In it, I'm going to be starting out with a couple of separate populations in the C2toDS metaroom. I'm using that room because there's plenty of different environments that aren't separated by doors, and there are actually temperatures. I mostly want to see how different populations can emerge in this type of setting, so hopefully that goes decently.

The population breakdown is going to go something like this:
- One male and two female norns in the desert, where pears and tomatoes have been introduced. All Magma norns.
- Two male and two female Fallow norns at the bottom of the waterfall near the swamp.
- One male and two female norns in the jungle area with acorns and tomatoes. All Bengal norns.
- One male and one female norn on the island. Both Siamese.
The edges of the ocean will all be blocked off as the dust storms are a pain and could really throw a spanner in the works. I'm expecting that the island population will be less successful than the other groups, but anything could happen. Perhaps new groups will even form. This world will probably be less documented than the other worlds.
For the most part, the groups stuck together, except the island pair, who immediately drifted apart a bit. Perhaps little Nightingale Whisker will instigate a migration? I eventually moved her back as she seemed stuck. 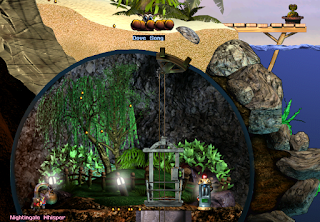 Crow Whisker, one of the desert norns, has also separated from her peers, who are near the drums. The death music plays whenever I'm in the desert. This can't be a good sign.

Half of the waterfall population migrated upwards: here are the adventurous two. 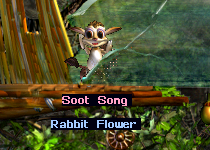 The jungle group has remained coherent, although they do seem interested in the elevator.

In any case, I'm interested to see how this world will go. Perhaps, if the groups become distinct enough, I could post them as genetic breeds.