Keahiri: Troubleshooting and a Fresh Start

I'm gonna be honest with you. The quality of this particular run has really declined over time, and I'm aware of this. As time went on, it got to the point where there were so many norns that nothing really happened ever in the main population, and the jungle population moved too fast. So, I'm going to make some changes in the hopes that I can salvage this run.

First up, I'm completely axing the jungle population. They're all getting exported. It got to the point where I couldn't keep up, and stopped naming them. So they can go. It was fun while there were ten norns there at a maximum, but this is ridiculous. All future exiles will now happen in the form of exportation.
Second, I'm moving things along a little faster. Aquila and Cirnah have wasted their reign, now they get to give Scorpio and a new girl a turn at being alpha. Only mature females will be in the norn terrarium from now on: those adolescent and younger will wait for the next generation in the norngarden. Beta males will still have to pass an IQ test before being allowed to become an alpha, and they will remain in the meso until the next generation. No separation has to happen this generation anyway, as everyone is already youth or adult.
Hopefully, having less females in the main group at a time will result in more children from the alpha couple, which will mean more than one beta male. It should also help me go more in depth with everyone, which is a thing I greatly enjoy doing but eventually had to stop because there were so many of them.
Now that all of that is out of the way, it's time to introduce Scorpio to the girls! I set him down by the pond, away from the main group of girls. 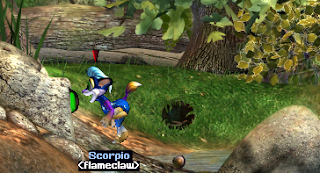 Nebula instantly comes and joins him, and it's not long before she's pregnant with his child! Lavender and Diardi are both sick, so it's probably for the best that growing norns live elsewhere at this point. 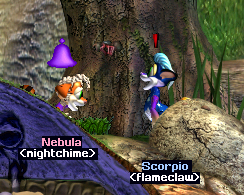 She lays her egg by her sister's side, comforted by the knowledge that she won't have to face exile. Unfortunately, Scorpio has broken off from everyone, so this may be the only egg for a while. 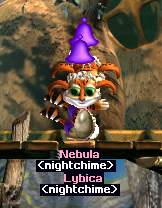 The first child of this generation is a girl, and Lepia is instantly entranced by her new surroundings! 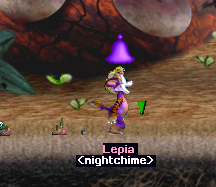 Soon, Lybica is pregnant with twins, and rushes to her elder sister's side to tell her of the news. She laid both of her eggs scattered across the room, and was exported soon after. 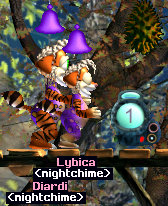 Lybica's first child to hatch is boy named Laran, but I only just got time to name him before he died. I really hope that his sibling isn't identical to him.

Fortunately, it was made obvious by the presence of a Bengal head that his sister didn't share his genome, and so Sietya joins Lepia in the norngarden.

Lavender watches over the rest of the group. She's now the oldest, since Aquila and Cirnah left, and she's seen more faces pass through than everyone else. I wonder what she's thinking? 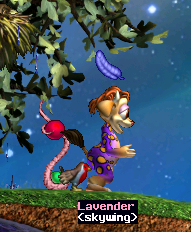 Meanwhile in the norngarden, a new face shows up. Cherry Softbloom is the newest addition to the group! The emblem of the Softbloom family will be a white flower.

As I was watching the new addition for a bit, Scorpio died. As it happened at about the same point in life as Tucana, I think I can boil it down to genetic issues. I guess I'll have to bring in a new male, won't I? Lavender was by his side when it happened. She was at Tucana's deathbed too. Perhaps she knew what was coming? I'll export Nebula, as she was technically his co-alpha, even if not for long. I just hope he didn't pass whatever gene was faulty on to his children. 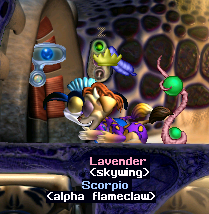 Say hello to the new alpha male, Carp Strike! He's a gen one magma norn I pulled out of the export folder. 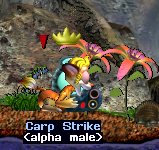 Soon, Diardi is pregnant! Two eggs are on the way! 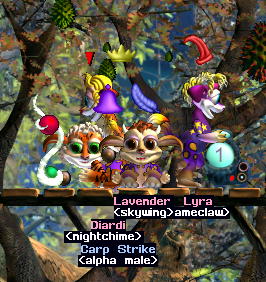 She lays her eggs as everyone watches, then flaunts her new crown and her new egg. 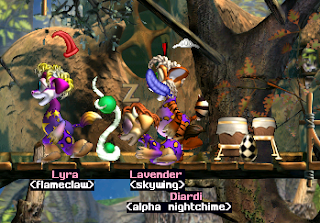 Carp Strike got really sick as I was hatching the first egg, and I'm not going through the process of finding more males, so I'm healing him.

After I'm satisfied Carp Strike will be fine, I find that the boy I hatched has made it through IQ testing: meet Skanis!

Diardi's second child is another son, this one taking more after his father. If Arican makes it through IQ testing, he will be Skanis' rival.

Despite the fact that some glycotoxin still remains in his system, he still has enough energy to impregnate Bieti, who now has a single egg on the way. I keep forgetting to take pictures of them with their eggs, so just know that it's there and she's been exported now. 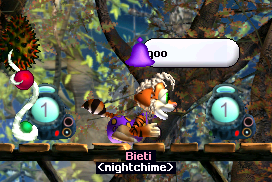 Unfortunately for Bieti, her egg hatched male. Peloi may be a looker, but he's going to the export folder.

Diardi has discovered the sludge gun, and is now firing it in the general direction of Carp Strike and Silvestris. I'm confiscating it now. 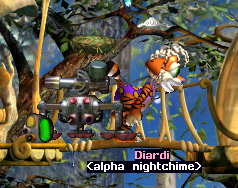 The norngarden bunch is doing decently, although I would like to see some non-Nightchimes in there soon. 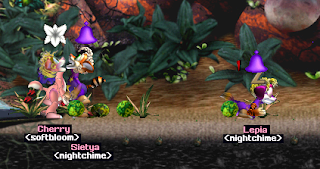 Arican made it through the test!

I'm going to end this post here, but I'm hopeful for the future of this run! Hopefully, Lavender and Lyra manage to have some daughters soon so that the Skywing and Flameclaw lines don't die out. Also, if there's anything you'd like to see here, please let me know!
Posted by Fuzzlet at 17:53