It's been a while since I last updated Keahiri, so I thought I'd give that a go. I might not be continuing Tionia, at least not in the same way. I thought of ways I could better execute that idea, so expect to see something similar at some point!

Aquila still enjoys beating up those beneath her, and Felere is her main target. Despite that, Diardi is the one to receive the unwarranted punishment this time. Someone clearly let her power go to her head. 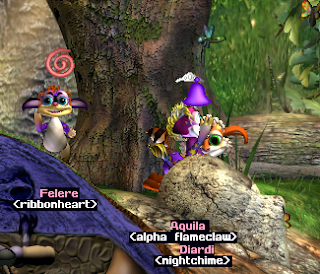 Did someone say party in the jungle bottom floor? Because with all the abundant food and company down there, it certainly seems to be a hotspot for the jungle group. 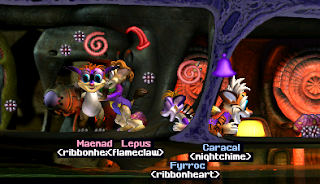 It slipped my attention for a while, but Felere became pregnant with one egg as I looked away for two seconds! Aquila decides that the best course of action here is to berate the pregnant lady. 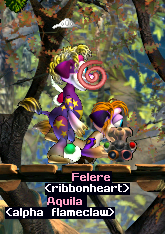 She lays her egg once Aquila leaves: good timing, Felere!

The jungle party quickly turned sour with the death of Caracal. Fyrroc is understandably horrified. 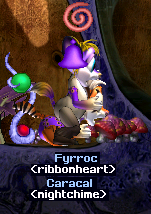 Felere's egg hatches without her, and the child is a boy named Capriun! Unfortunately, his birth marks the permanent exit of the Ribbonheart family from the norn terrarium: they will never again have a chance to be in an alpha position.

That being said, the Ribbonhearts are doing relatively well in the jungle, and the most recent pregnancy there can attest to this: Maenad is expecting a single egg! Fyrroc is the father of this child, so Felere will soon have a niece or nephew to meet.

Felere and Capriun are instantly greeted in the jungle by the death music. That's always comforting. 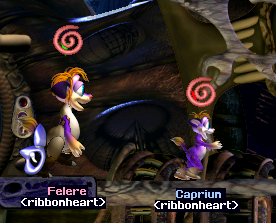 Maenad decides to lay her egg right next to Aurata, who is sick. Great idea. 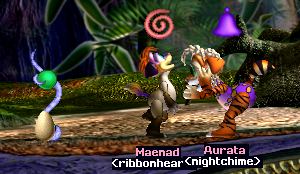 Sunlight and Capriun have made fast friends, and are very affectionate with each other.

Lerita and Fyrroc are bringing three new faces into the jungle! As Fyrroc is the only mature male in the jungle, I can safely assume it's his. 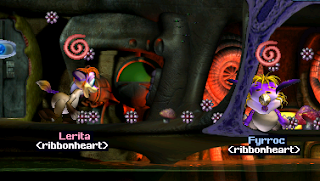 She decides to lay two of her eggs by Maenad's, as sort of a joint nest deal. 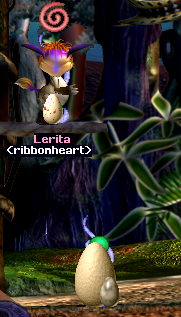 Maenad's egg hatches into a boy named Marvus, who got right to exploring!

Cirnah watches over young Nebula. I guess his guardian's nature extends to hatchlings as well as eggs. 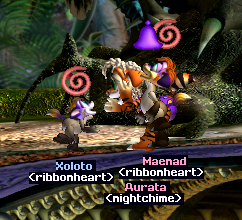 Perless, on the other hand, sticks by his mother and Capriun. 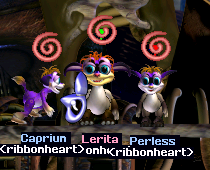 This picture was taken AFTER I had to split them all up after being stuck in a frozen conglomeration. And they still lump together.

Meanwhile in the norn meso, Scorpio has aged peacefully to the youth stage, which means it's time to export him until it's time to pick new alphas. Good luck, Scorpio!

Lepus is pregnant with two eggs, and Fyrroc is the father. Again. Hopefully, she has better luck with her litter than her mother's second one. She lays her eggs by two younger norns. Someone is making death sounds. I don't like it. 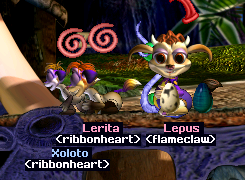 Currently, Aquila is the oldest norn in the world at 3 and a half hours. Norns typically live for five. She and Cirnah have both lost all functionality of their bones and kidneys, and both of their Liver A organs and their muscles are on their way out. With no way to repair their organs, I doubt they'll survive the full 5 hours. I'm not entirely upset, as I want to crown some new alphas soon. An extra beta male or two before they go would be nice though.
The first of Lepus' eggs to hatch is a girl who is named Lacerta, who is greeted by a local dragonfly.

Lerita is having another three children, and seems to be quite healthy despite her surroundings.

Two of the Nightchime sisters rest by the teleporter, basking in the dappled light of the tree above it.

Chahut is next to fall victim to Fyrroc's charm, and now she's expecting three eggs as well. Fyrroc has begun to beat up Capriun. He's trying to eliminate the competition before it catches up with him! 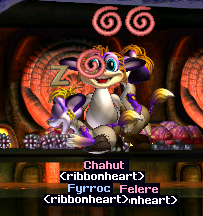 You know what? With all the goings on in the jungle, I'm no longer going to document it as heavily. It's taking up too much of the attention. Only interesting stuff there will be mentioned from now on. I'm also adding grendels there, to make it harder. These buggers have it too easy.
Tucana has unfortunately died of unknown causes. Lavender was right next to her, but no pain was detected, so I can rule out murder. 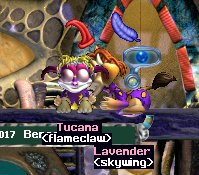 Finally, a pregnancy that isn't from the jungle happens: Acinonyx will be having two children soon! 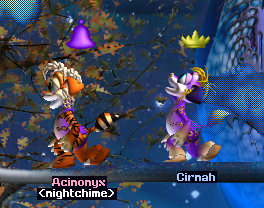 Acinonyx lays her eggs, and Silvestris is utterly fascinated. 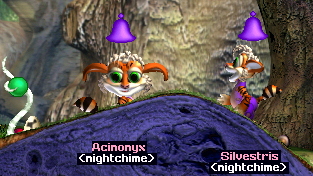 Both hatchlings were sons, which means it's off to the jungle for this particular branch of the Nightchime family.

Meanwhile, Aquila has become an old woman. She also got in a spat with Cirnah. Looks like we won't be getting many more beta males. 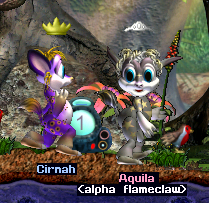 Anyway, I'm going to be leaving this here. Expect less of the jungle norns, and more of the main population in the future.
Posted by Fuzzlet at 03:41