I've been rolling a world concept around in my head for a while now, but I only just got around to putting it in action. For ages I've wanted norns that can actually defend themselves against the Jungle grendels of Creatures 3, because every single time I've had a wolfling run with grendels as an obstacle, the grendels parked themselves right in the middle of the norn terrarium, turning the once highly populated region into a ghost town because the norns were simply too stupid to fight back or even run away. This world won't produce a lot of norns who can do that straight away, but the rules of the world should favor those who are more inclined to defend themselves. I'm calling it a pack run for lack of better words, and I will now explain the rules of the run! To avoid complications, the starting population will be exempt from a good portion of these rules.


- Whenever a norn becomes pregnant, she will stay in the learning room until her child becomes an adolescent. This effectively removes her from the gene pool for about 20 minutes, slowing the population growth down significantly. As the nursery is very well protected, the doors are locked from the inside and out. (Read as: this makes it a lot easier for me to manage. The child will also be temporarily moved to the norn meso for the sole purpose of learning their vocabulary because I don't have the patience for manual vocab teaching.)
- When a norn reaches adolescence, they are taught to hit grendels by using a dummy. This happens by the teleporter.
- When they reach the youth stage, they are given a good meal and lots of rest, as they now have to kill a grendel to be allowed to remain in the pack. There are three outcomes to this trip to the jungle. The first is that they kill a grendel, and are allowed to return. The second is that they die in battle or thanks to disease. The third is that they exit the jungle without having killed a grendel, and are exiled to the desert.
- If a grendel enters the norn terrarium, all adult norns not in the nursery are sent to fight it off. If things start to look bad, the adolescents will be sent in.
- If a norn does something notable or lives to old age, they will be given a title, typically relating to their personality or their notable achievement.
After a bit of world preparation, everything's ready to start! The grendel mother has been disabled until all norn eggs have hatched. They're also going to be named using a modified Protective Tub autonamer.

First out is a Civet boy named Pigeon Feather! I don't use Civet norns all that often, which is a shame because they're actually kinda cute. He immediately got around to munching on apples, which can only be good for him.

Next up is a Dodgy norn girl named Pale Flower, which is a slightly fitting name, as she certainly does seem more pale than her Chichi cousins! 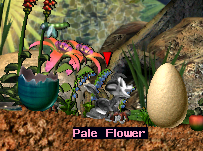 Lightning Strike's name, on the other hand, contrasts with her goofy appearance. Perhaps this little Harlequin will be as intimidating as her name suggests?

Here's one I hope doesn't live up to her name: Pigeon Heart. Then again, I've never had a Bengal norn who didn't do well, so she'll probably be fine.

Next is someone who will almost certainly do well in this run, or at least contribute good genes. Lark Heart is an Erigizian norn, a breed you'll recognise if you've read Astralis, my Hera run. They've been a bit polished since Corusca, that run's Erigizian, was born, and are now actually capable of giving birth and actually get angry around grendels now. They are also now available for download at Creatures Caves.

Last but not least is Grey Foot, whose name most definitely does not fit him. He should bring some valuable genes to the table as well. Apple norns are very resilient!

Now that everyone's hatched and educated, it's time to enable the grendel mother and begin the next phase of their training: grendel fighting! Here's Pigeon Feather learning how to defend himself. 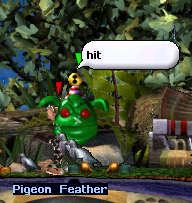 Each norn had a turn at this until they lost focus, and will likely have more lessons like this. I heard a slap fight or two break out though, so perhaps they have blurred the lines between grendel and norn! Meanwhile, Lightning Strike seems utterly fascinated by the inner workings of the ship. 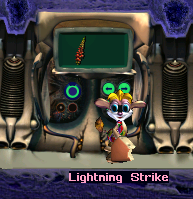 It doesn't take long for someone to discover the ever annoying pulse generator, that someone being Pale Flower. 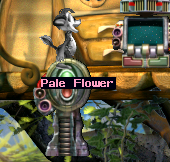 Birds of a feather stick together, and that's certainly true of the pigeon-named norns: Pigeon Feather and Pigeon Heart are near inseparable! 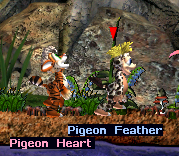 Pale Flower manages to get a quick lesson in before tiring herself out. 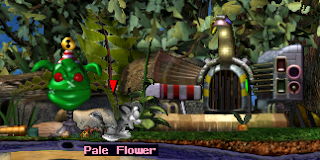 Elevator parties are popular in any metaroom containing elevators that can carry multiple norns. I wonder how many of them are there because they want to be? 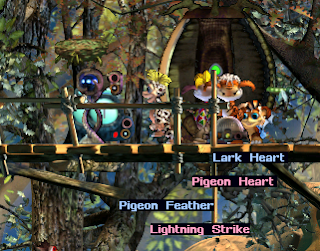 Does an Apple norn eating apples count as cannibalism? 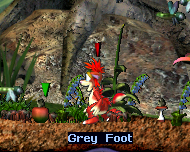 It took a bit of coaxing, but once Lightning Strike started hitting the grendel dummy she only stopped when she had to go to sleep! She truly will be a formidable foe to any grendel who crosses her. Granted, I was praising her the entire time, but she even kept going when I had to remove Pigeon Heart momentarily. She even left for a bit, then came back to deliver her fury to the dummy of her own accord! Hopefully, her fire lasts.

Pale Flower and Lark Heart rest together by the teleporter. I'm seeing a lot of bonds forming lately. Perhaps one of these pairings will end up with children? Of course, as soon as I say this Lark Heart starts beating up Pale Flower. Rude. 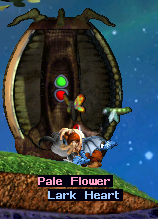 No grendels have been born yet, but I suspect Lightning Strike or Lark Heart will be ready to take them on when they get here. If there's any ways you think I could improve on this concept, please let me know! Hopefully, the population survives beyond a few generations.
Posted by Fuzzlet at 20:15