Okay, so I managed to get everyone out of the original world, except for the grendels, who hadn't been doing much of anything anyway. After some world prep, the group is ready to try this again! Pigeon Feather heads straight for the training area, and I'll have to remove him once Dapple Pelt hits adolescence.

It doesn't take long for disaster to strike in the nursery; Pigeon Heart died with lots of pain in her system. Poor Quail Face doesn't even know yet. 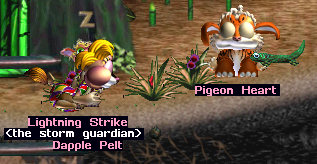 Buzzard Stripe is next to fall, and shows the same symptoms Pigeon Heart did. Both norns died painfully around other norns, so I can only assume that murder is what has occurred. Perhaps I need to train them not only to hit grendels, but to not hit norns? 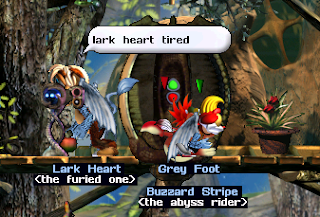 Seems like I'll have an opportunity to try that out soon; Dapple Pelt is an adolescent! I'm keeping Lightning Strike in the nursery for a little longer, however. I don't want Quail Face growing up alone.

Everyone disliking Lark Heart is unfortunately still a thing. Given the fact that he may or may not have killed his son, this is probably now a valid standpoint. 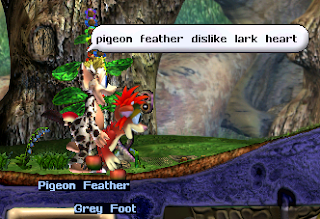 While I wasn't paying attention, Duck Nose the grendel slipped into the terrarium. Fortunately, the first norn she came across was Lark Heart. Bad move, Duck Nose. 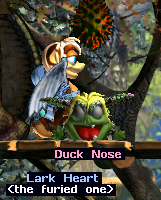 Bream Pelt, the other grendel, was evidently quite concerned when her friend never came back. She also ran into Lark Heart. And I just calmed him down... 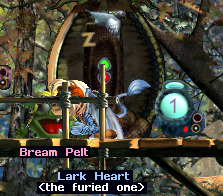 I had to break up a slap fight between Pale Flower and Pigeon Feather. Well, it was more an attack than a fight; Pigeon Feather was the only one hitting. When there's nobody being trained, I think I'll have to teach the older norns that infighting is not the answer.

I hope that time comes soon, as Lark Heart has just murdered Grey Foot. This is why nobody likes you, Lark Heart. 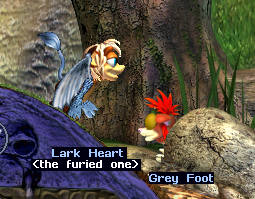 Dapple Pelt is a youth now, which means it is time for her to face her grendel.

She doesn't seem all that keen on doing this, and keeps getting distracted by little things. 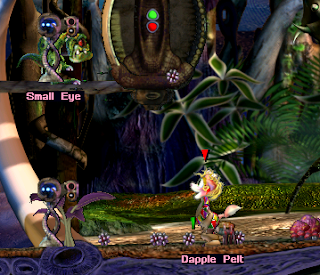 After a little bit of nudging, she manages to kill a grendel. Not the one she was supposed to, but a grendel nonetheless. She caught a bacteria while she was in the jungle, so I'll get rid of that for her and she can go and live her life.

Quail Face is now an adolescent, and is not showing those colours she was supposed to. Maybe she will when she's older? She had a good nap after being taught not to hit norns: she needed that lesson, given the amount of slaps she tried before it got through that this is bad.

This session has been overwhelming with the amount of death that happened, so I'm going to leave this here. See you next time!
Posted by Fuzzlet at 22:43