Sorry it's been so long since I last posted, I've had a lot going on. None of my C3/DS worlds have really been holding my interest lately, so it's time to pay attention to the C1 world again!

Echo is pregnant, which I completely forgot about. I couldn't remember if I'd already covered that or not, but I have. Turns out I just have a terrible memory, and the father is Lanque. Taenio seems to have his heart set on staying right here, so I let him.

After lots of coaxing, I manage to get Echo to take exactly one sip of honey, which I suppose is better than not eating at all. C1 pregnancies are difficult to deal with; I swear the girls forget how to eat as soon as they have an egg on the way! As soon as Echo has gotten a little food into her she strings Taenio along for an adventure. Or at least, it looks like she does. She gets into the submarine without him.

Krane and Lanque have been hanging out in the kitchen as of late, only separating briefly to get food. 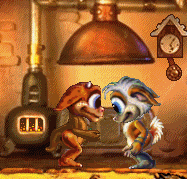 All the girls are now living on the desert island at the moment, and it seems as though tensions are starting to run high between Asma and Tarli. Echo takes no notice of this, and lays her egg on the shore.

After laying her egg, Echo goes off her food. Again. So I had to get her off the island (which Krane recently showed up on) to keep her focused enough to eat. Thankfully, she's now at a lifeforce level which I can feel comfortable with again, and Tarli just couldn't stay far from Echo's side for long.

Asma sits in the observatory, watching a seahorse with snacks on hand while the others are all crowded by the submarine. I think she likes the ocean; she's been here for a while. 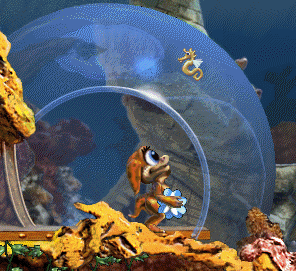 Because it's been a while, I'm going to leave this post here. Hopefully I can get back in the swing of things!
Posted by Fuzzlet at 22:05