It's been a while since I last played a Docking Station world, so it should be nice to revisit Rasmarvis! Out of the two young norns in the nursery, Dapple Pelt will be the first to begin her training. Also, I seem to have forgotten to educate the two. Whoops. 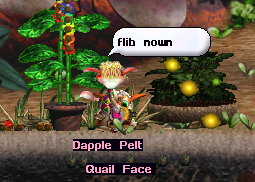 Pale Flower, the only female who isn't currently nursing, rests by the siren. That's a prank just waiting to happen.

Pigeon Feather seems a little worse for wear from his sickness, but still finds time to listen to music. He's the only original norn who hasn't had a chance to breed yet, so hopefully he recovers. 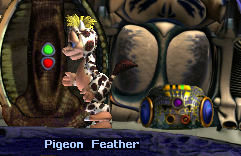 Unfortunately, the game crashed there. On the up side, only about three minutes of progress were lost. Also, most of the norns seem to have learned that the solution to most problems is to 'hit norn', and actively suggest this to the others. Lonely? Hit a norn! Bored? Hit a norn! Hopefully this doesn't have too many bad side effects. Here, Grey Foot made the mistake of suggesting that Lark Heart relieve his boredom through violence. 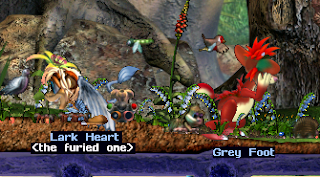 Aaaand the game crashed again. It seems the sheer amount of errors I accidentally brought upon the world with the whole Lost Cave saga has taken its toll on the world's stability, and now the world is unusable. I'll try to get back in the world for long enough to export everyone to start over in a new world, but that is a task for another day because I am sick of the shenanigans already and only about six minutes have passed in game.
Posted by Fuzzlet at 04:06