Sorry I took so long to get this update up! I've been busy lately. But it's here now, which means we get to see what the jungle norns are up to! None of them have died yet, and the population is already approaching the youth stage, so they're doing a little better than their predecessors. It could be evolution taking place, but I have also added more food so it could be that.

Half the population has histamine B in their system, which comes as absolutely no surprise. I don't think I remember ever seeing histamine A in this run: it's always B. Beech Feather and Pebble Step got themselves stuck in a weird position for a little while, so I intervened a little to stop them from being frozen. 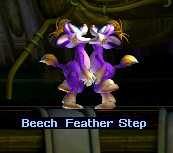 A couple of kiss pops have already happened! Nothing resulted from them, but it still is happening! Soon enough, Pebble Step and Oat Claw have an egg on the way, which means 5 points each for Wendy, Takua and Bacary! The two share a mother, which would be weird if we weren't talking about norns, so Wendy only gets the points once.

Meanwhile, Beech Feather and Daisy Leaf have isolated themselves from the rest of the group and have settled down in the bottom floor, and they quickly end up conceiving as well! It's a good day for Wendy, Takua, and Bacary, and this time Pyra gets in on the point gains as well. When Daisy Leaf became pregnant, she promptly moved away and started beating up Pebble Step. A rivalry that transcends generations? She quickly went back to Beech Feather to lay her egg once she got that out of her system.
While I was looking away, Dace Fur got pregnant in a group near the bridge door egg tree, and Duck Wish is the father. This is another case of half siblings, and the norns getting points this time are Pyra, Zed, and Bacary. Did you know that Bacary is the father of about half the current population? Because that's really starting to become evident. I actually had to check who the father was this time though, because Dace Fur was in a whole group of males. 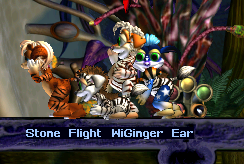 Silver Face is definitely following in her mother's footsteps: she had a rest in the exact same doorway Andromeda spent so much time in! Come to think of it, that's where Takua, her father spent a lot of time there too. Silver Face could well have been conceived here!

Bird Flight, like his mother Pyra, is probably one of the first norns in the group to learn his vocab. He's the first norn I've actually caught using the knowledge stone! 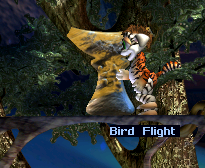 Oat Claw is pregnant again, and this time Ginger Ear is the father. This is Andromeda's first grandchild, and Wendy, Bacary and Zed all also get points from this pregnancy. So far, Bacary is related to every single third gen norn.

I'm going to stop here, see you next time!